This year, we are having an event similar to Easter eggs. Giftboxes containing various items will spawn all over San Andreas for you to collect.

Snow mode is now enabled and fireworks are right around the corner as well. 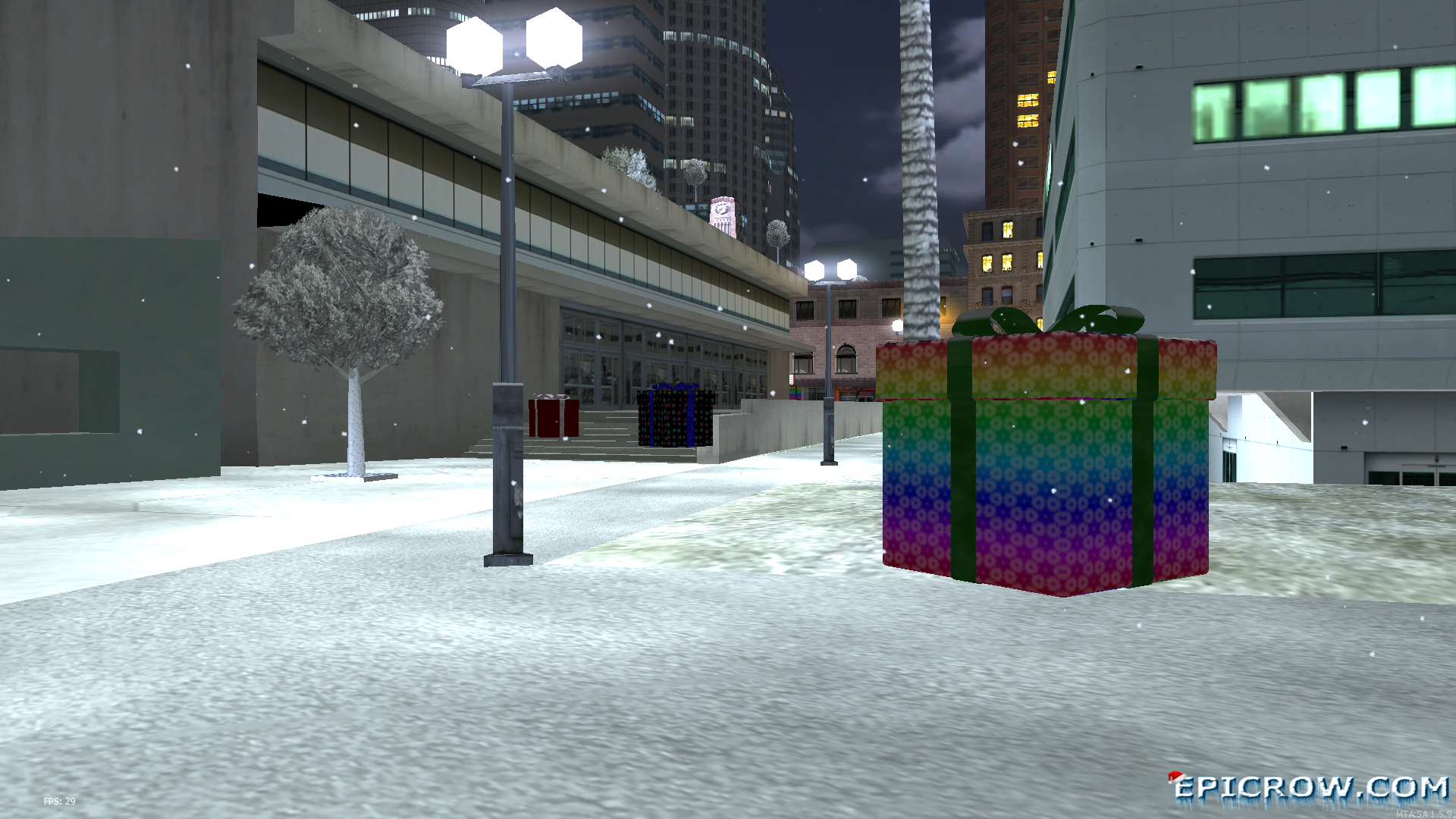 by Drakath » Tue Aug 31, 2021 7:58 pm
This update aims to further improve the competitive setting in PvP to deal with the growing demand for it.
From community feedback, we have gathered that competitive gameplay is stifled by two major issues: speed boosts and skin mods.


Skin mods
Ped and vehicle skin mods will be automatically disabled upon entering the PvP zone and will have to be manually re-enabled after exiting it.
An exception is made for ped skin texture mods.

by Drakath » Sat Jan 30, 2021 7:49 pm
For a long time now we were receiving feedback regarding various griefing methods using vehicles.
To counter such actions, we have added ghost-mode for all vehicles inside base safezones.

What is ghost-mode?
Ghost-mode essentially means that your vehicle will not collide with other vehicles or players inside a safezone allowing you to drive through them.

Everything outside of safezones will remain unchanged. Squad bases are also not affected by this update.

Zombie player blips will no longer be visible to human players. Same rule applies the other way around.
Human player blip color has been changed to light grey to match Military team color.

To prevent new players from being exploited in PvP, a similar update has been added to map tracking feature.
The settings panel will now contain 3 different tracking modes.

By default this will be set to "Allow others to mark me outside of PvP", which means that other players will be able to mark you as long as they are not in a team that has PvP enabled with your team.
For example, zombie players won't be able to mark human players, but will be allowed to mark other zombies players. Survivors won't be allowed to mark anyone with this setting.

If a player gets marked and then switches to a different team, tracking blips will be removed for all players who are no longer eligible to track that player.
If a player changes their tracking setting, it will take effect immediately.

by Drakath » Sun Oct 11, 2020 11:25 pm
Game and forum accounts are now bridged! This means that you can now log in to forum using your game account credentials.

Everyone who had a verified email attached to their game account and who used the same email address on forum will have their forum and server accounts merged. If that is not the case, you may still log in to your forum account using your forum account credentials, but make sure to tick this checkbox: 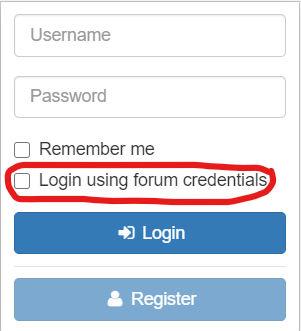 If you wish to connect your game account to your old forum account, but didn't meet the criteria then open a support topic and we will help you out.

New forum account registrations are closed, if you wish to use the forum, you must own a game account with a verified email address.

by Drakath » Mon Jun 22, 2020 6:41 pm
Following chat messages has just become easier! All chat messages will now temporarily appear on top of player heads.
This feature can be toggled in the misc category of the settings panel.

by Drakath » Tue Mar 17, 2020 12:07 pm
We have released a number of improvements and measures to prevent various exploits in the PvP zone and ensure a fair experience for everyone.

VIPs will no longer be able to warp inside the PvP zone with the exception of squad bases (warping from squad bases is also possible).
Military and PvP teams can no longer inflict damage to each other.
The PvP warning will now appear before entering the PvP zone.
The time until PvP is activated has been reduced to 3 seconds.
Combat Shotgun can no longer inflict headshots to players.
Some animations can no longer be played inside PvP zone.
The PvP zone has been expanded north to include some ocean area for naval battles.
Fixed disconnection penalties applying after death to zombie players.
Fixed combat timers not disappearing after dying.


New reward system
The amount of money that the killer takes from the victim will now depend on how much money the killer has. This means that players can only take as much money as they can lose. If the environment kills a player, the money loss only depends on the victim's money.
Rewards for players who are near spawn points have been completely disabled. This mean that no money will be lost when dying near a spawn point and no money will be gained for killing players near spawn points.

If you have an old account which you would like to keep then make sure that you log in with it now.
If you miss this announcement, you can still ask your account to be recovered in the support forum until 2020/04/01. After that, these accounts will be lost forever.

by Drakath » Sat Feb 01, 2020 9:58 pm
Today we are bringing you a new game mission. The goal of this mission is to investigate a secret underground military facility located at Las Venturas, K.A.C.C. Military Fuels. Not only is this facility infested with zombie soldiers and crawlers, but it also on the brink of collapsing. There is loot in various places and those who reach the end will get cash and XP rewards. Many challenges await so gather your team and get ready! 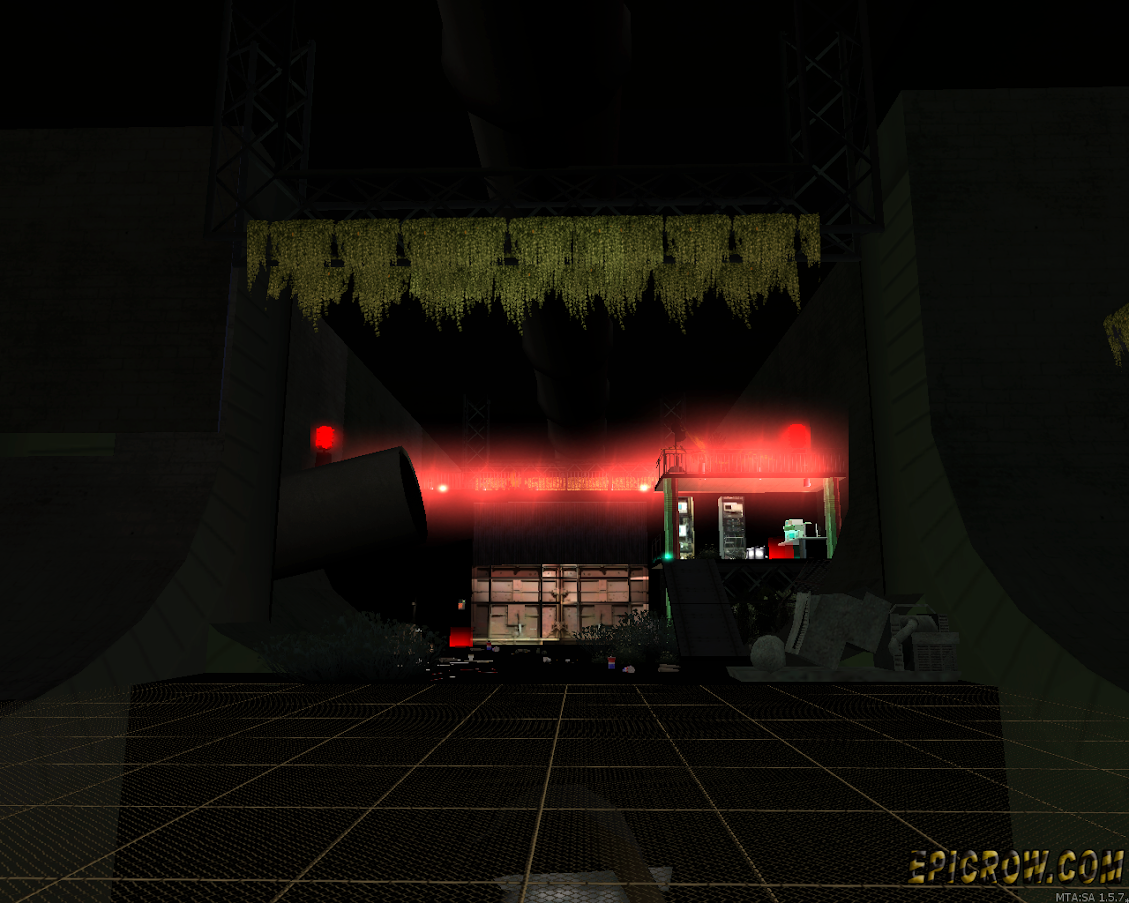 Credits to our mapper Hoyt for this incredible piece of work!

The mission is indicated by a bulldozer icon on the map.

by Drakath » Wed Jan 29, 2020 11:17 am
This release features overhauled zombie AI, a new type of enemy and many other improvements and bug fixes.

General changes
Minimum Nemesis damage for reward has been reduced to 250.
Bosses are no longer immune to grenades.
Global and local walkers will now use the same skins.
Bombers no longer spawn in Restricted Area to prevent newbies from dying.
New zombie fighting and female zombie sounds were added.

AI
Zombies will now act more realistically. Instead of instantly knowing where the players are, they will search for them. Zombies will attempt to investigate the sounds they hear. Zombies in alerted zones will still be able to target players instantly. After a target gets out of their sight for a period of time, which depends on whether the zone is alerted, zombies will lose their current target.
Fighting mechanics have also been worked on. Local walkers will now stop when being damaged. Some zombies can now become extra aggressive, which means they will start to chase their target much faster when they get close. Their aggressiveness factor depends on the time of the day. At daytime, there is 30% chance that a zombie will be aggressive, at nighttime (21:00 – 06:00), this chance increases to 50%.
Zombies will now react to being burned. Although this does not mean much since fire weapons are not available yet, but it may be in the future.
Chargex will now walk more often and will no longer walk out of the arena.

Crawlers (new enemy)
Crawlers are a new type of global zombie. At daytime, they hide under the ground in various shafts, tunnels and caves. During the night (21:00 – 06:00), they surface on the ground and hunt wandering humans. Crawlers mostly reside in Bone County, but may sometimes be stumbled upon in different areas as well. They are among the fastest enemies out there, sometimes surpassing the speed of humans. Crawlers are able to poison their targets with their stingers. Their main weakness is that they are rather fragile and will quickly die from a few shots.
Poison is a status effect that inflicts 5HP damage every 5 seconds.
Crawler rewards: $40-70, 5 XP. 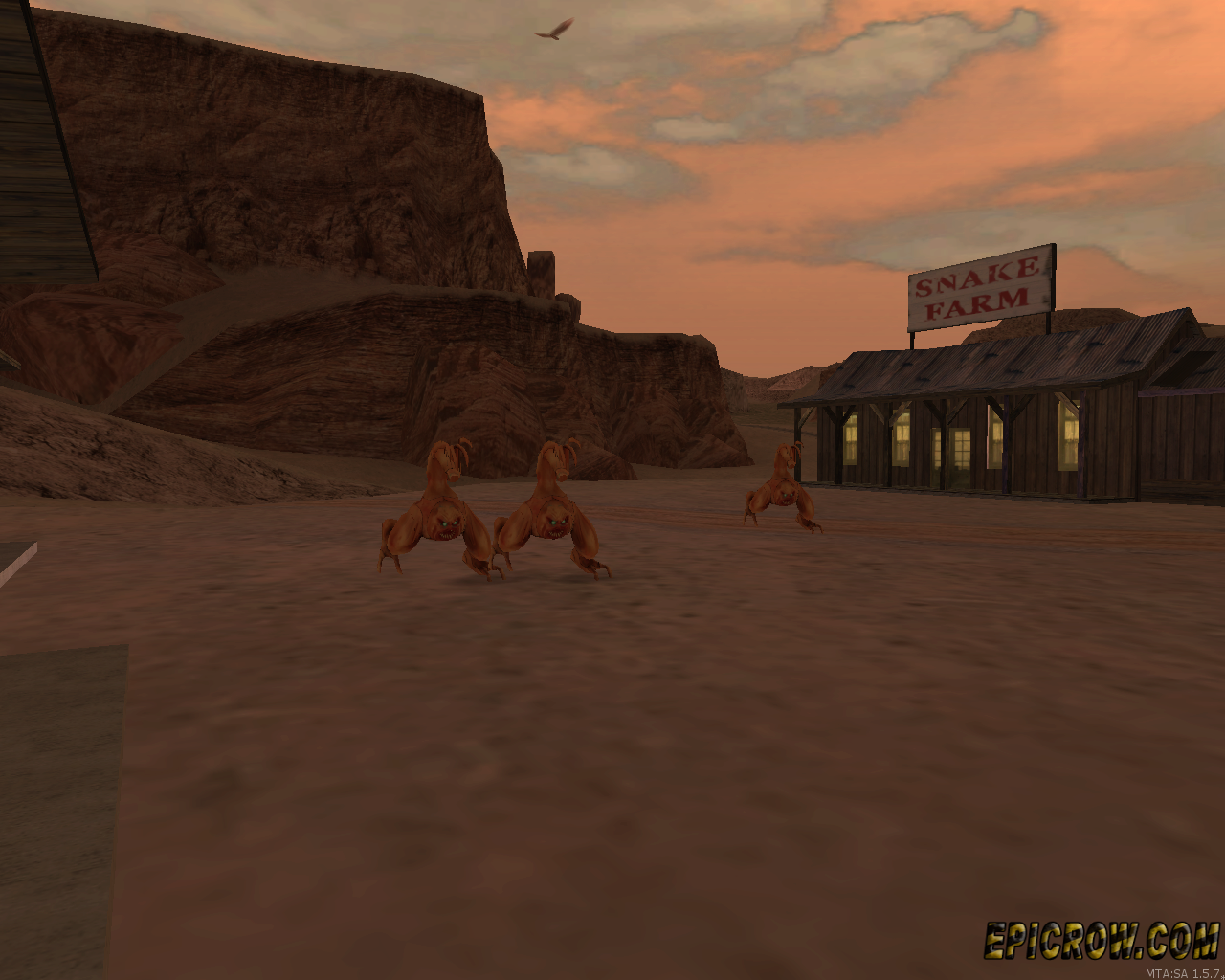